Well it is one month into the big remodel, and I am in full-on remodel and project mode around here. Things are getting crazy. And really dusty. And my kids are doing things like eating chocolate cake for breakfast. 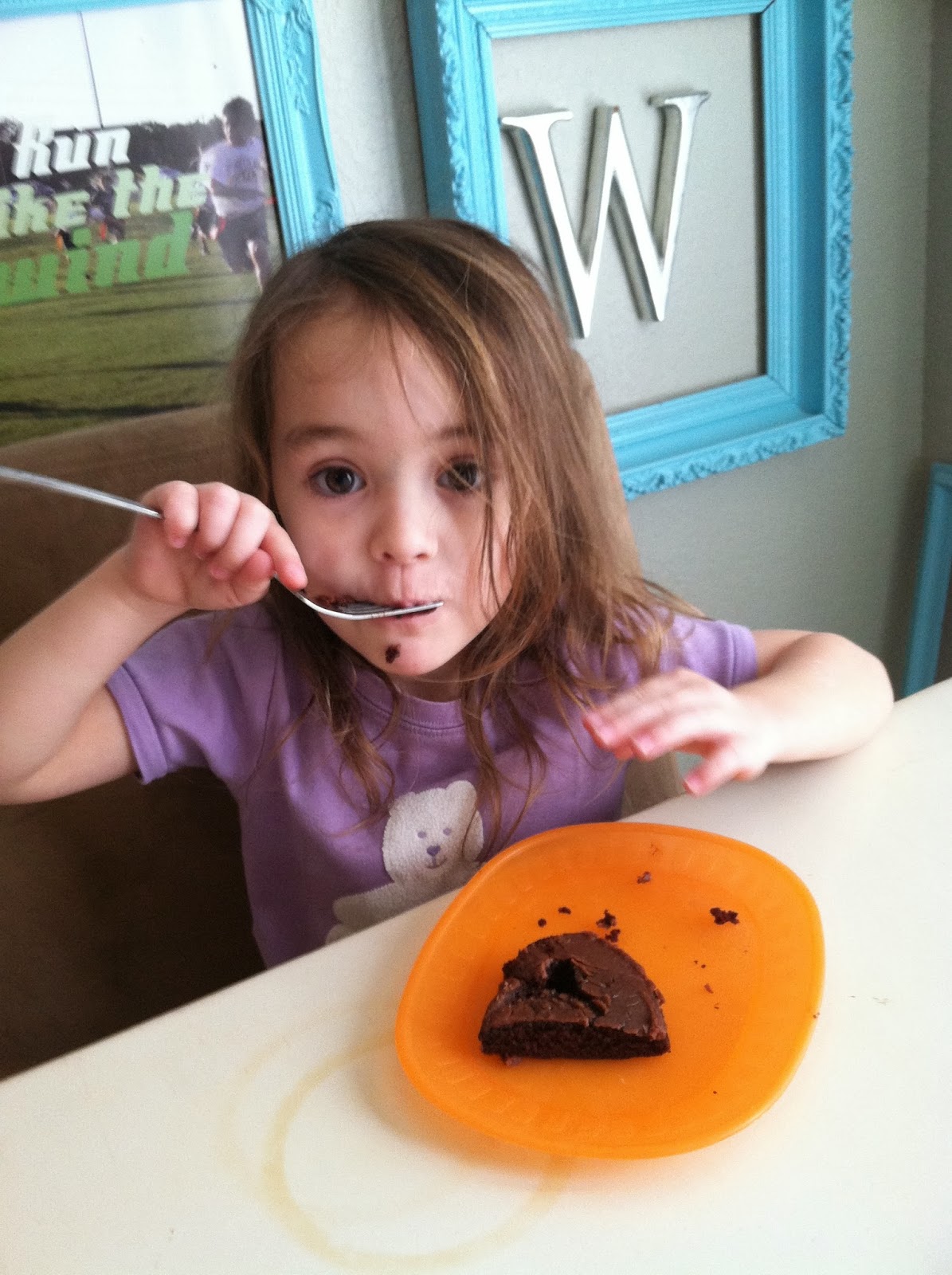 The weather here in San Antonio has been crazy and unpredictable, which only adds to my remodeling issues. It will be 70 one day, freezing the next. I posted this picture on Instragram that showed the tiny little white ice balls that showed up one morning... When it is freezing outside, I don't want to work on my projects in the garage, and I have several. Like the two vanities I am building that I can't finish because I do most of my building in the garage and outside.

Inside, we are making a lot of progress on the two downstairs bathrooms. The plumber has been here (a lot), and so has the framer, electrician, and HVAC guys.

This is the ceiling on the half bath, above where the sink will go. There is a round light box for a pendant, a new fan on the left, and a new A/C duct on the right. Boy, bathrooms have lots of parts! 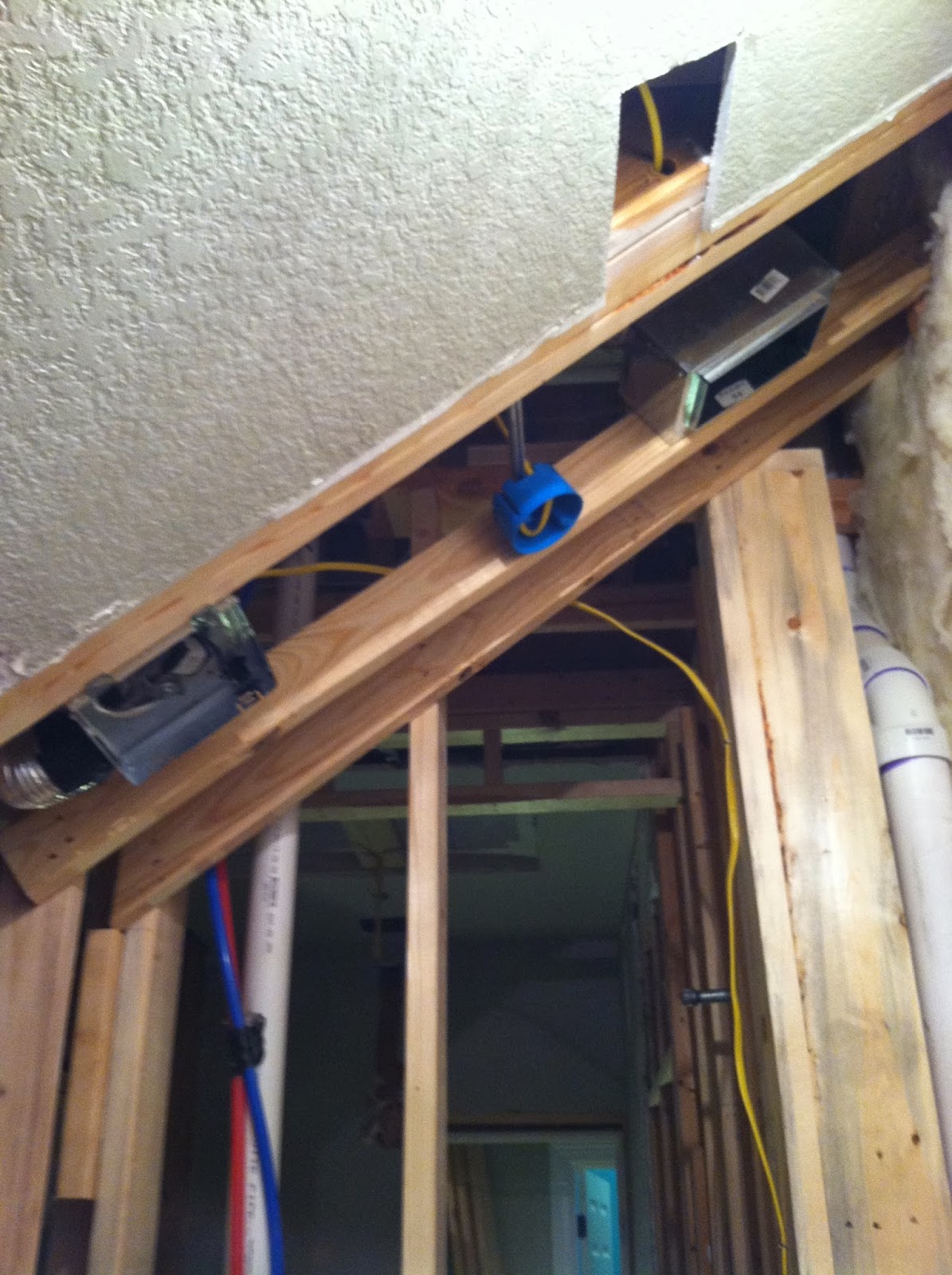 The full bath has a shower pan installed and a new tile floor! 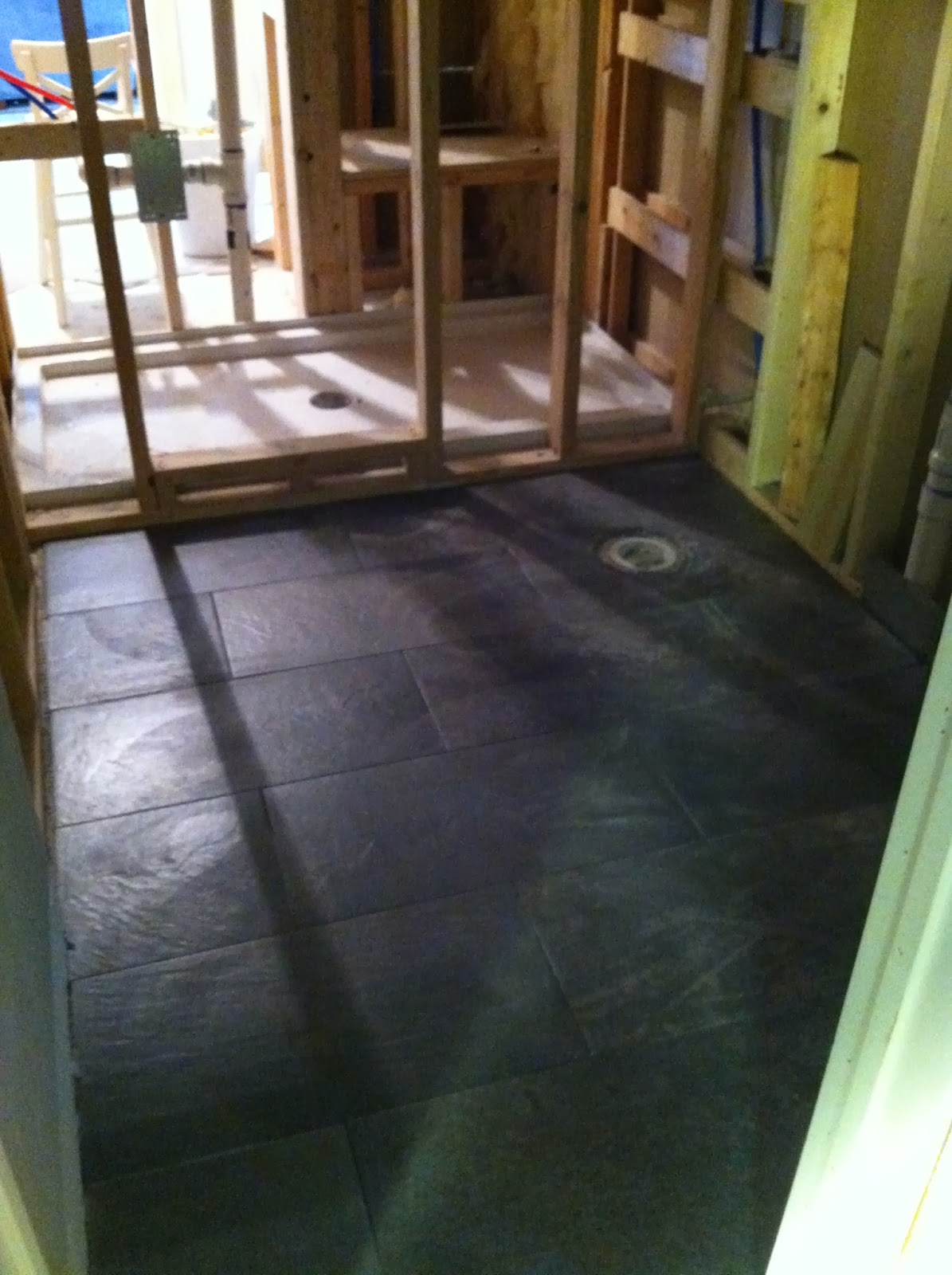 Juan, my worker bee friend who does all of my framing, drywalling, and trim couldn't come on Thursday or Friday, so I hung the drywall in the half bath myself.  Here is the toilet area... 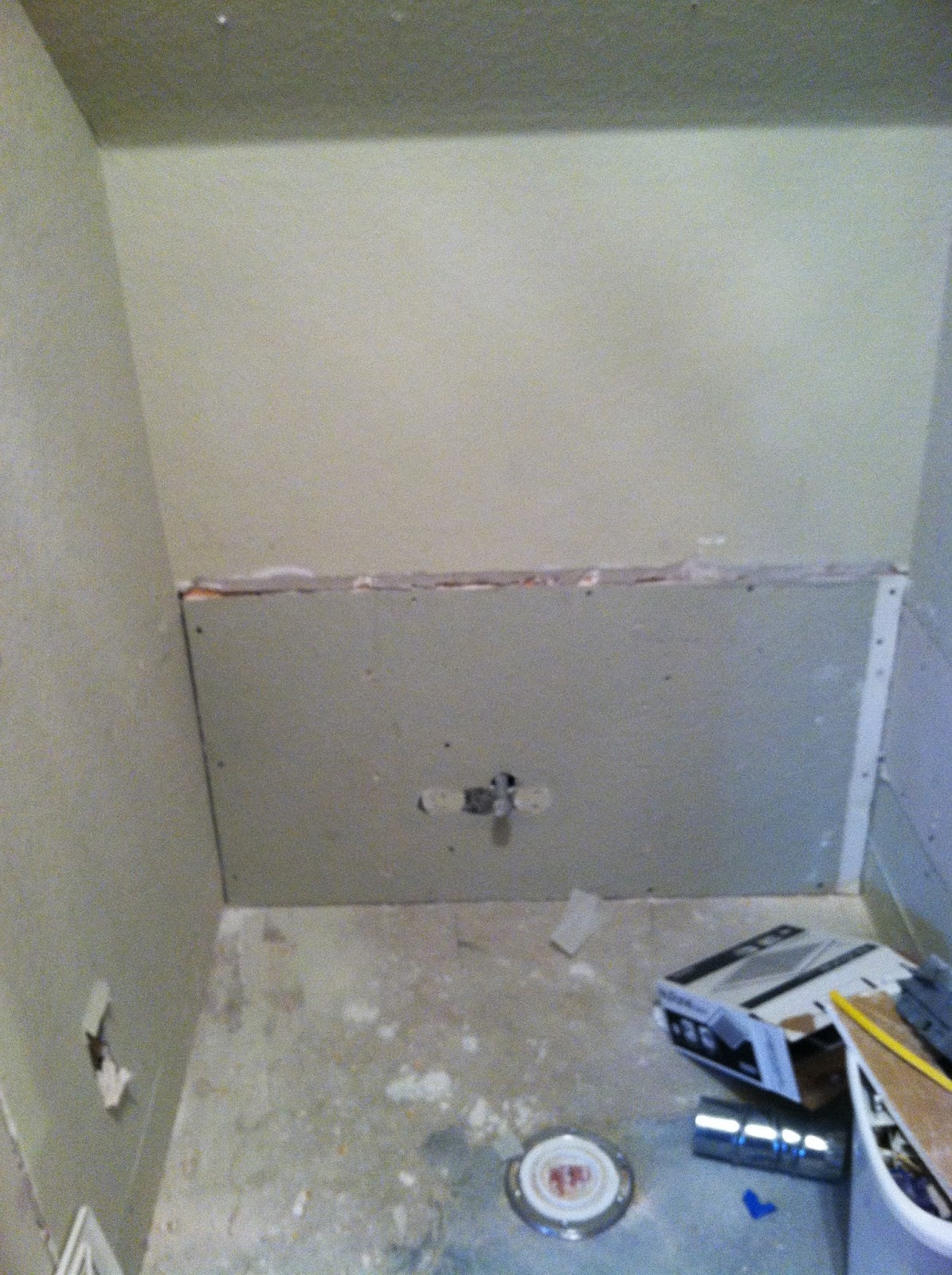 And here is the sink area...I even hung that piece on the ceiling myself! 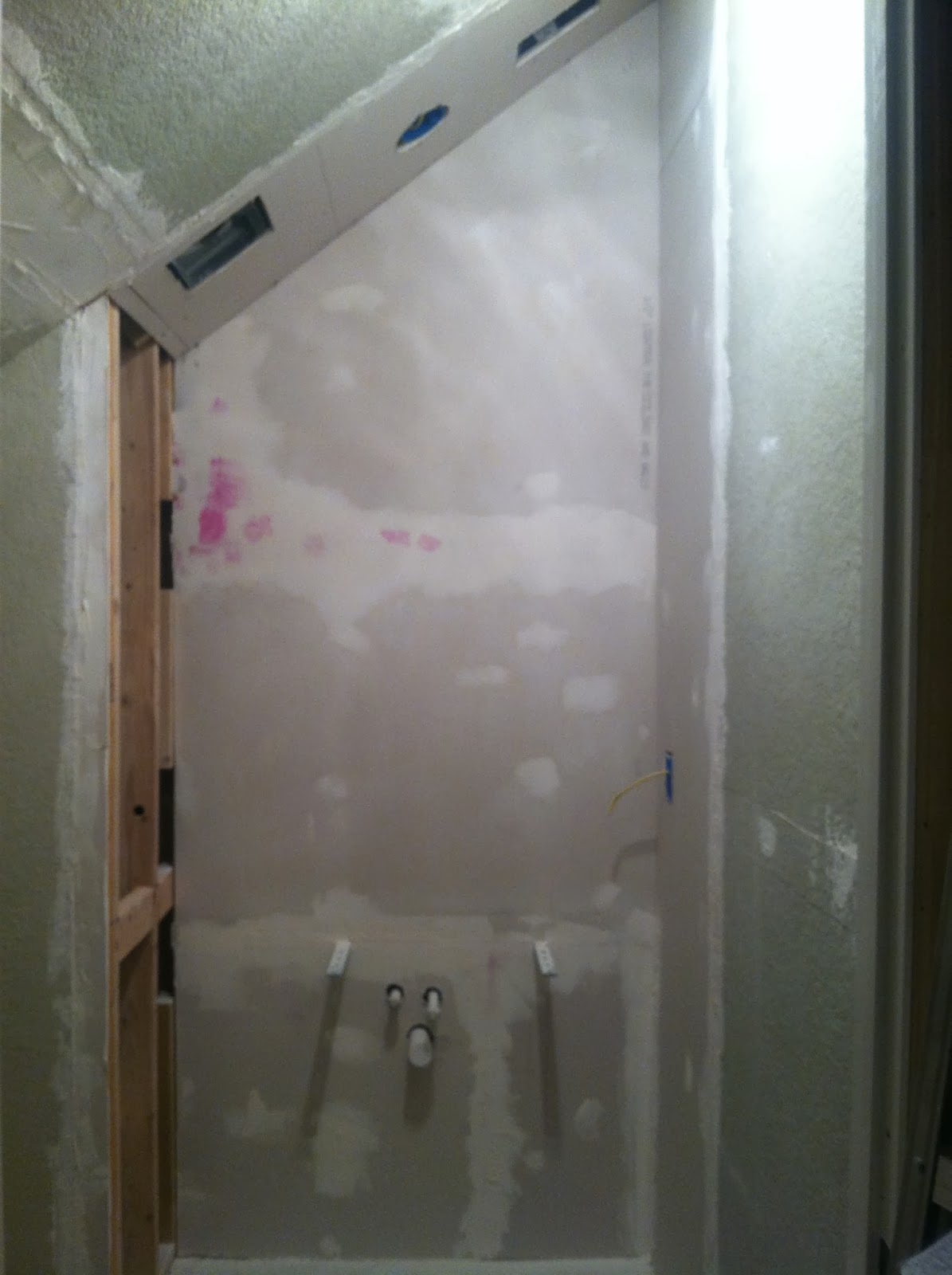 I know it's not the prettiest job, but it doesn't really matter in most of the bathroom (except the sink wall), because I am starting to plank it. 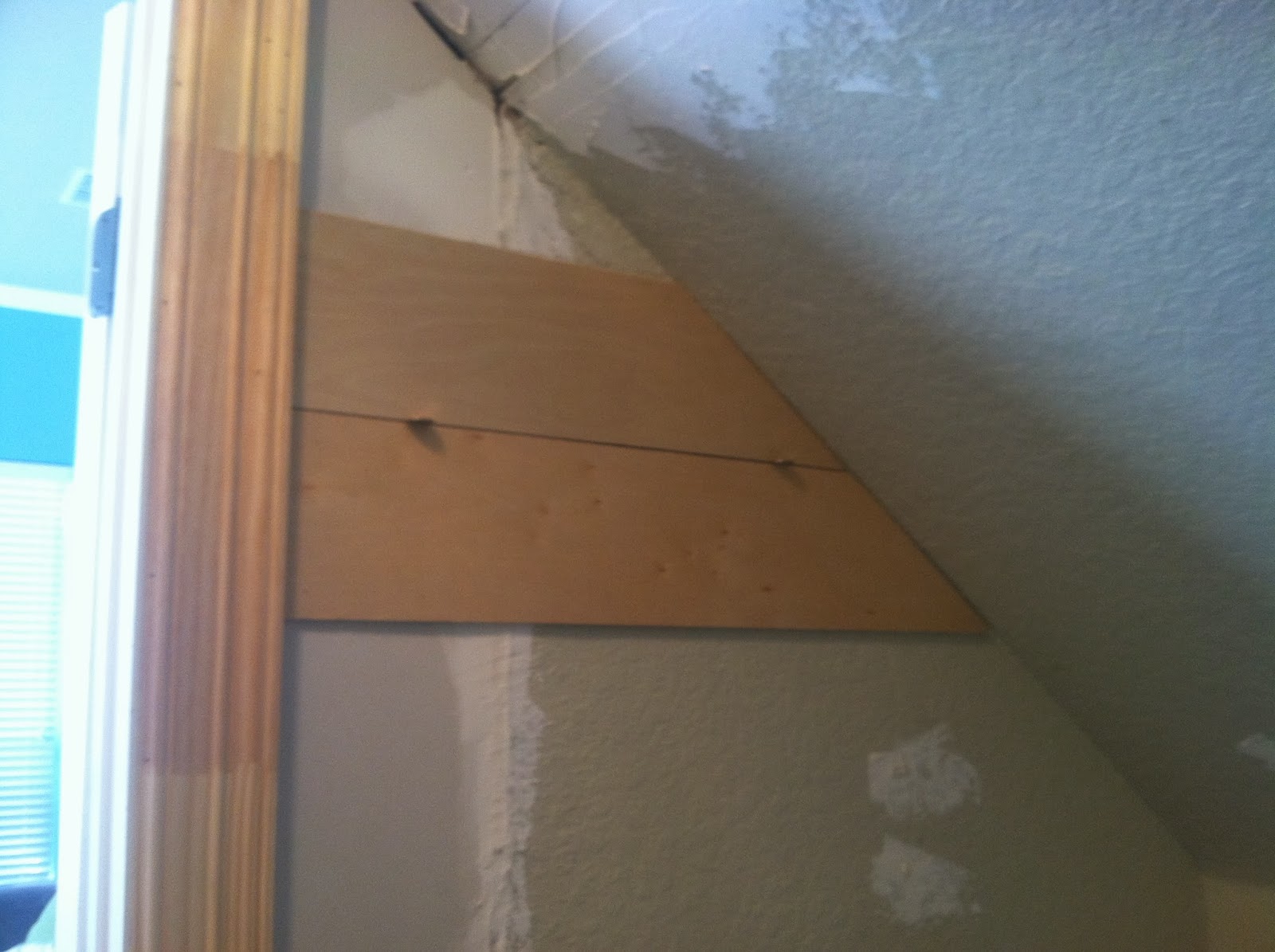 Those two pieces took me about 1/2 hour to do because of the crazy angle. I had to make sure it was perfect. I have lots more to do, but I've got it started. Bad news is that it's supposed to rain the next two days and I cut my planks outside, so not sure when I'm going to get back to it.

Yesterday was a beautiful sunny day, so Juan and his crew came over to remove an eyesore from the back of the house. It's hard to see in this pic, but there is a huge, poorly built double-decker wood patio on the back left of the house. 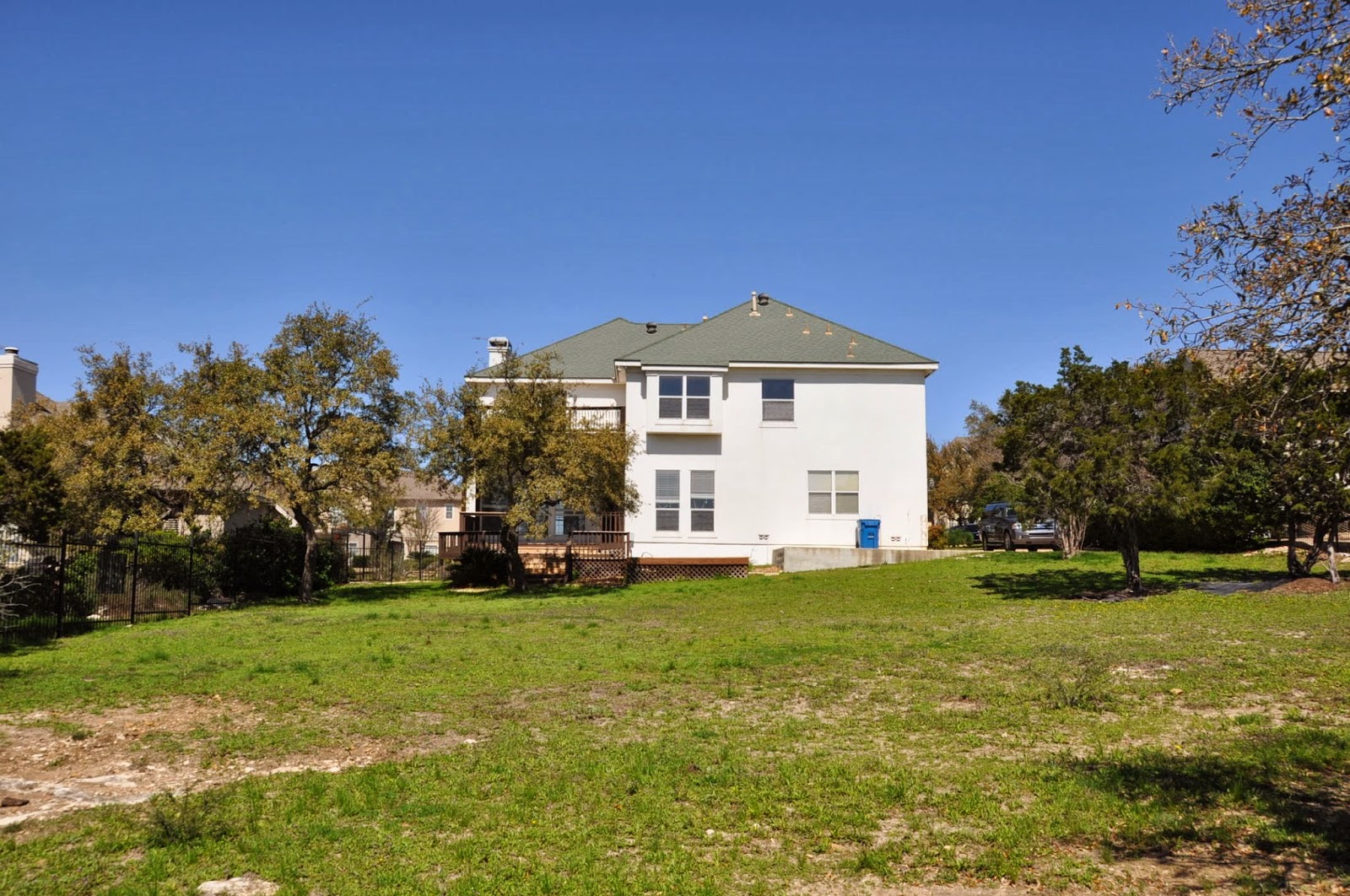 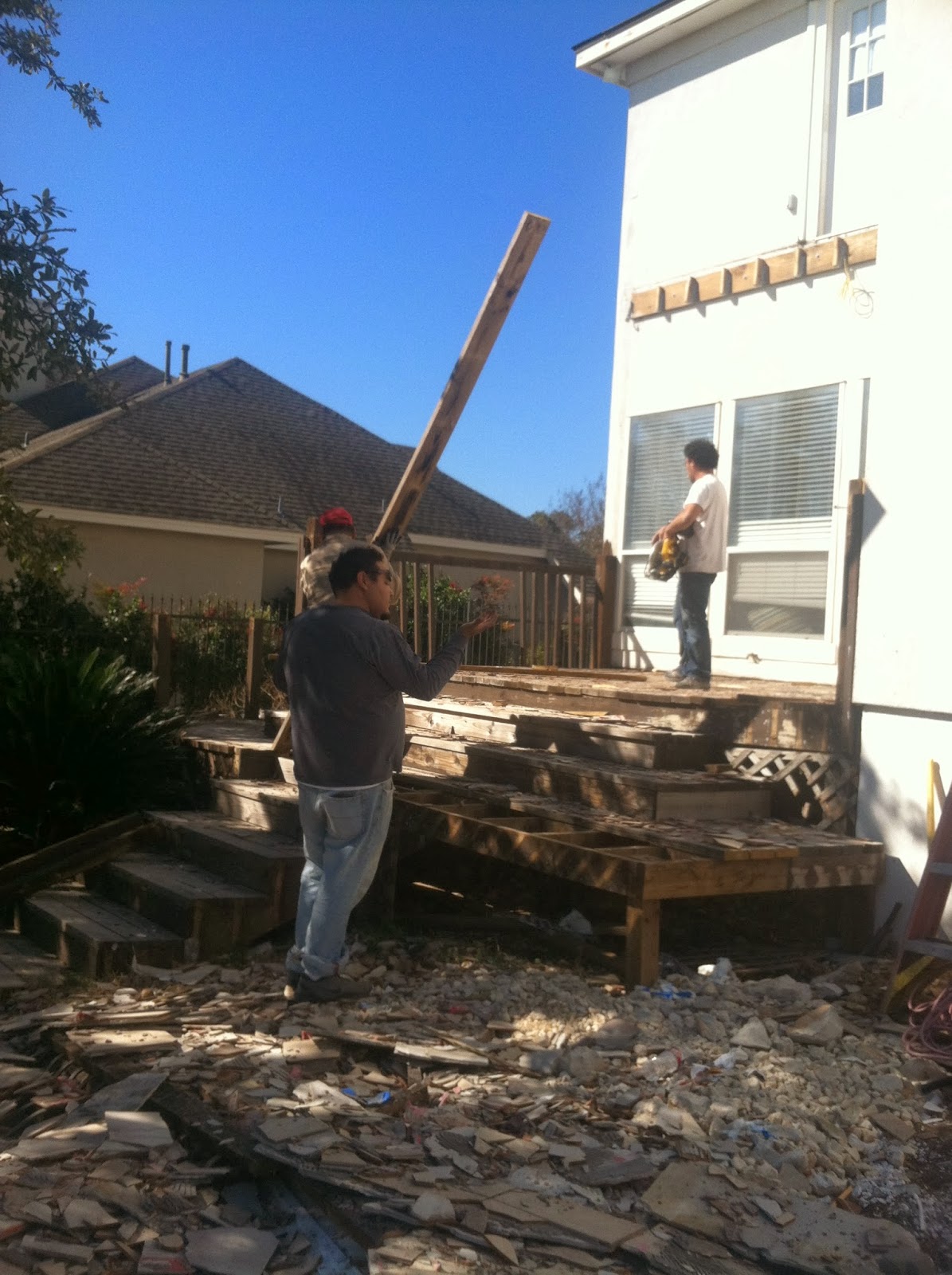 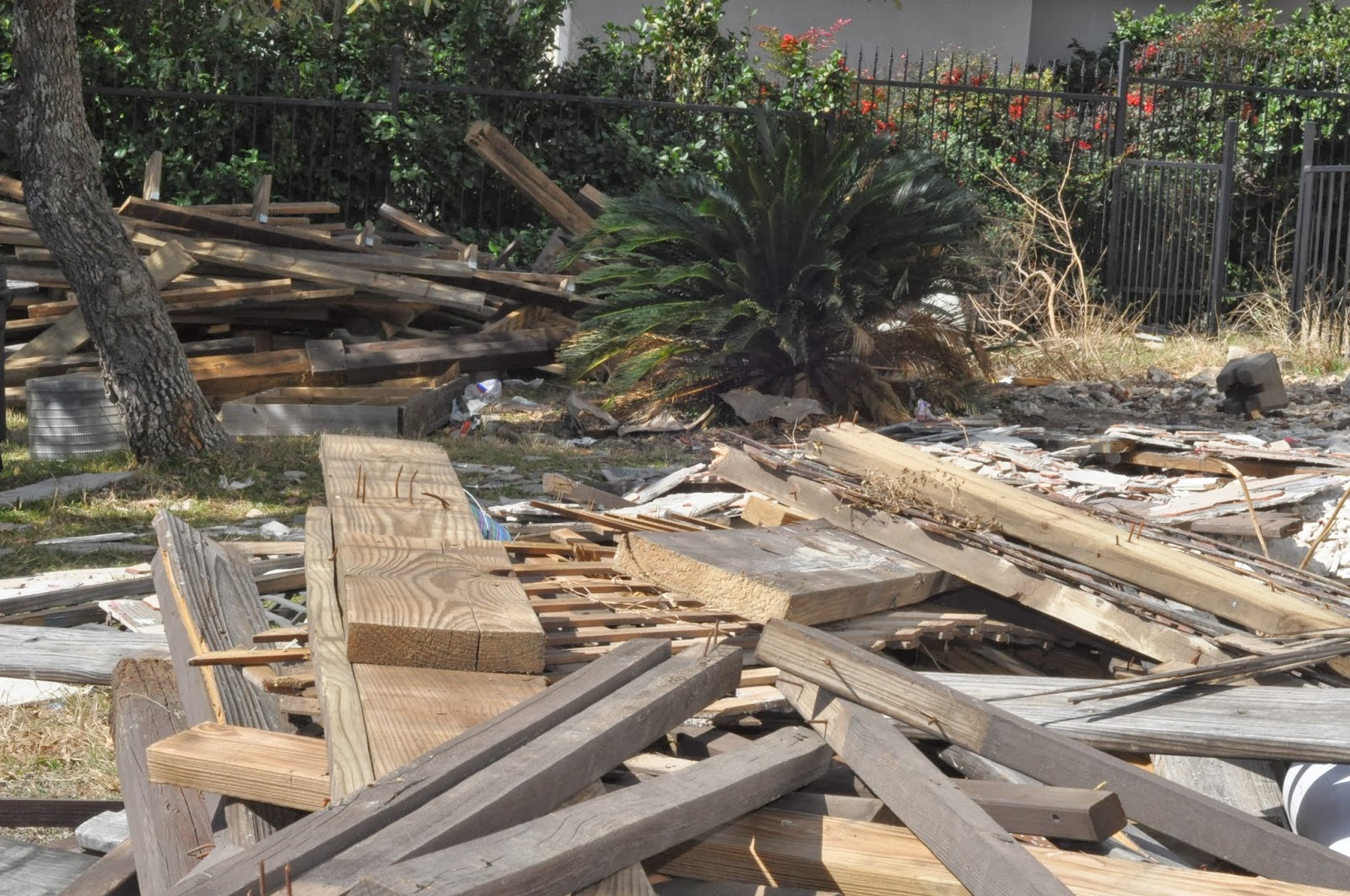 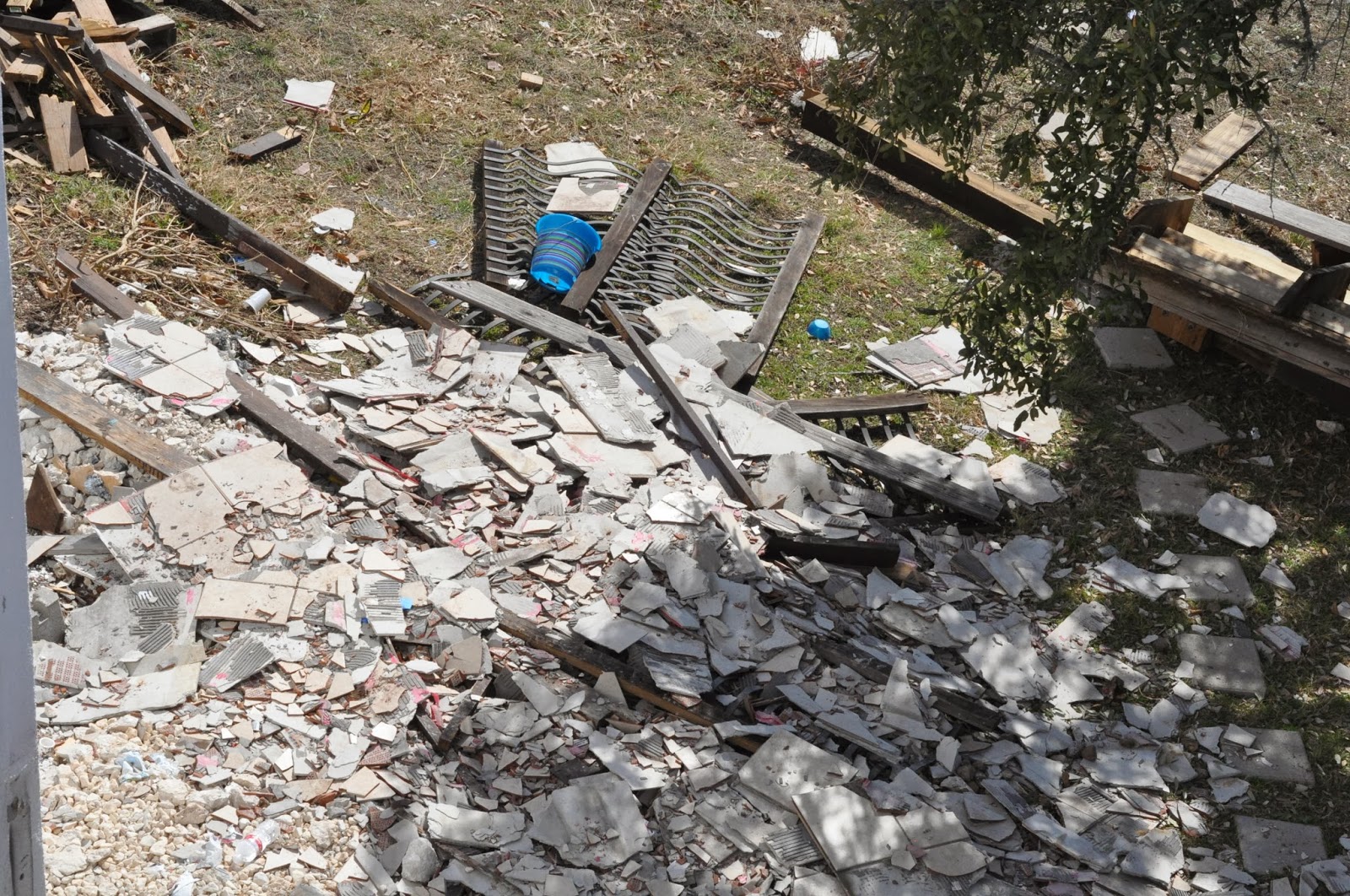 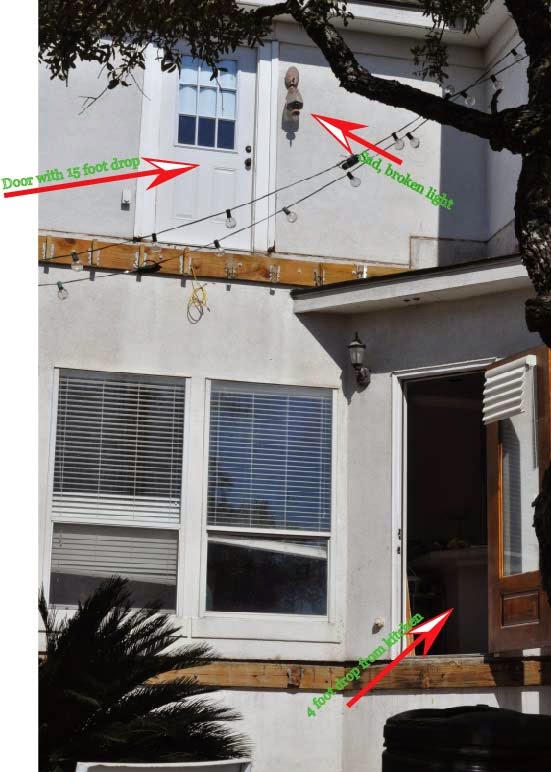 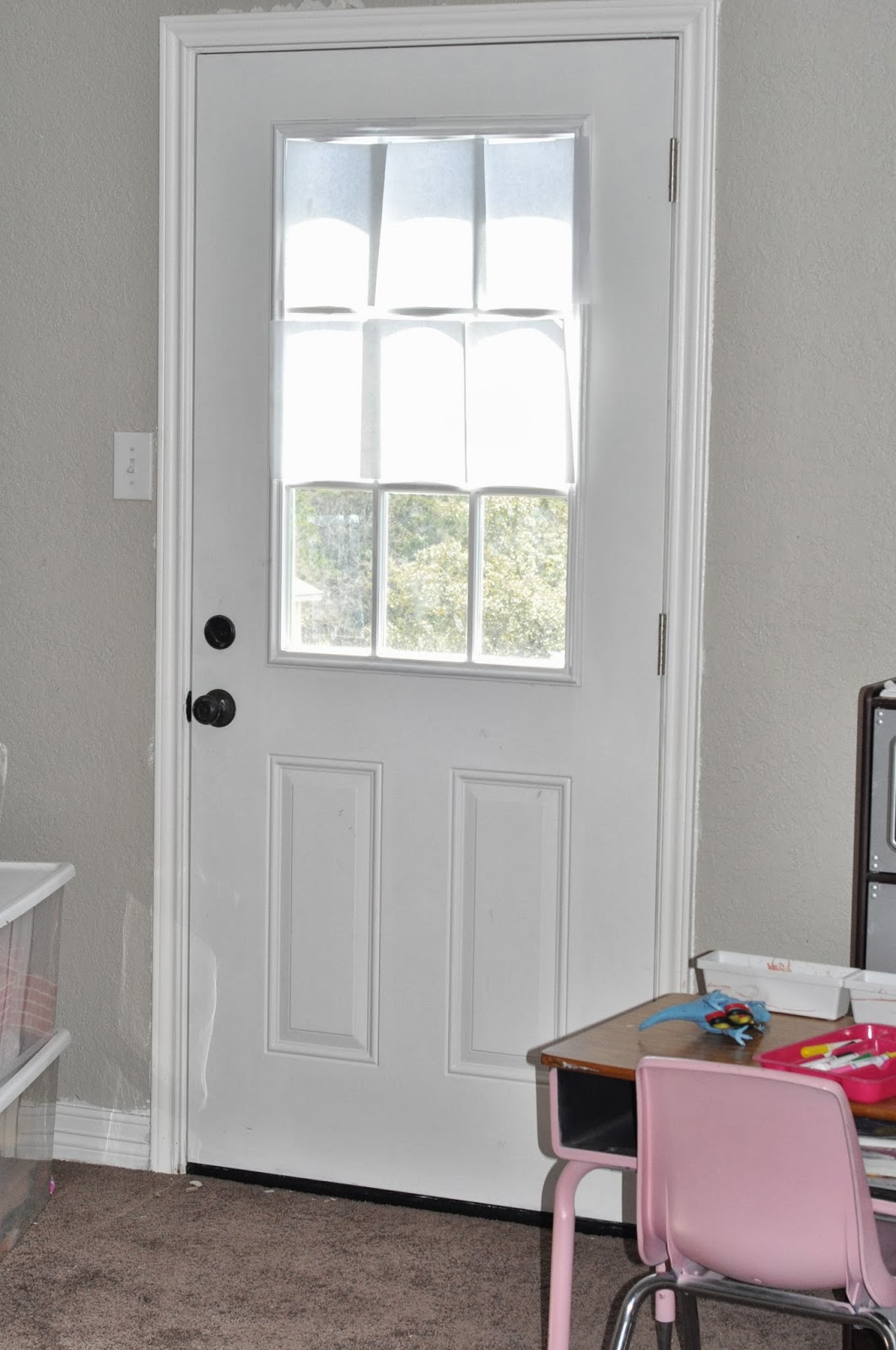 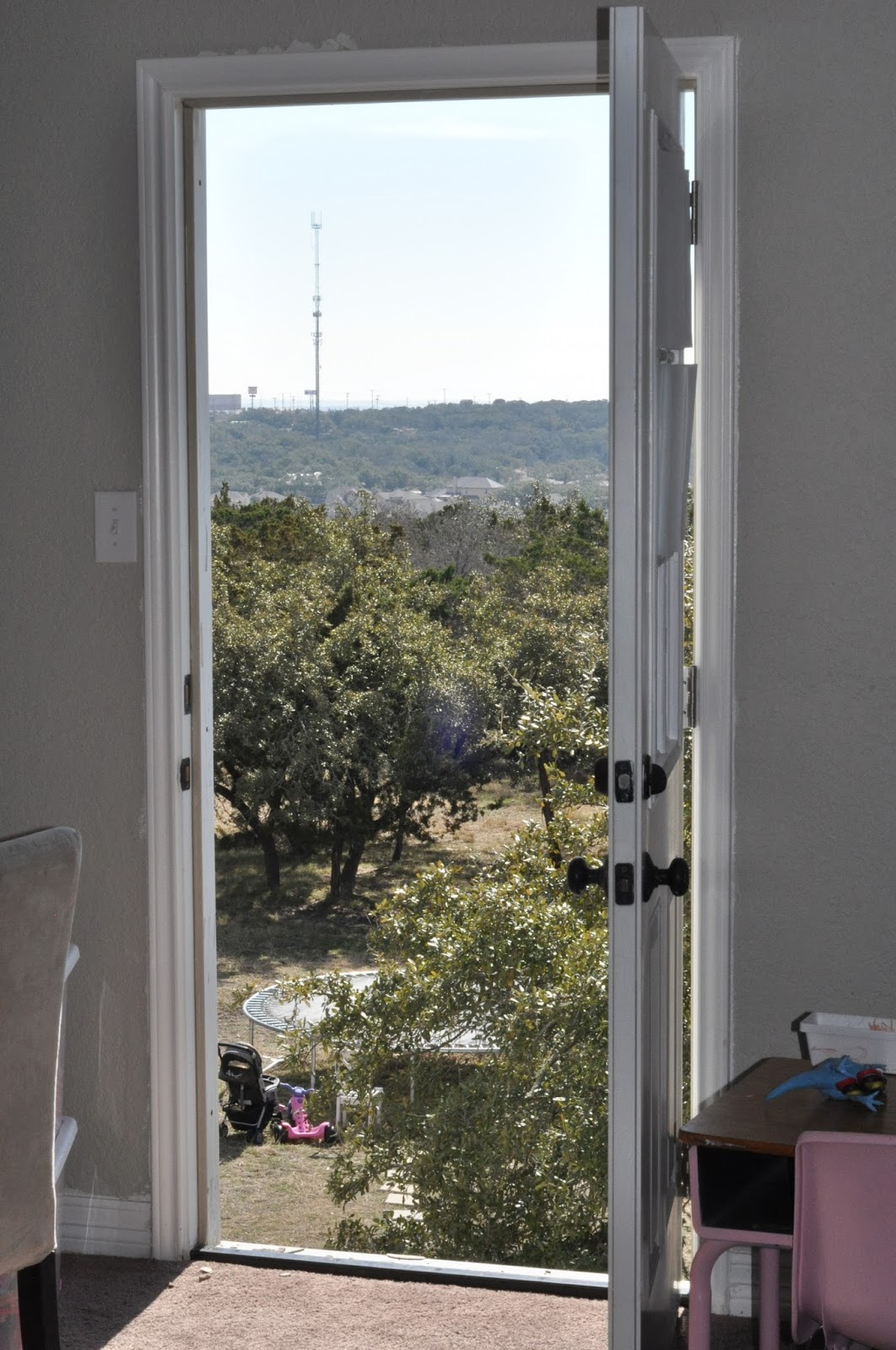 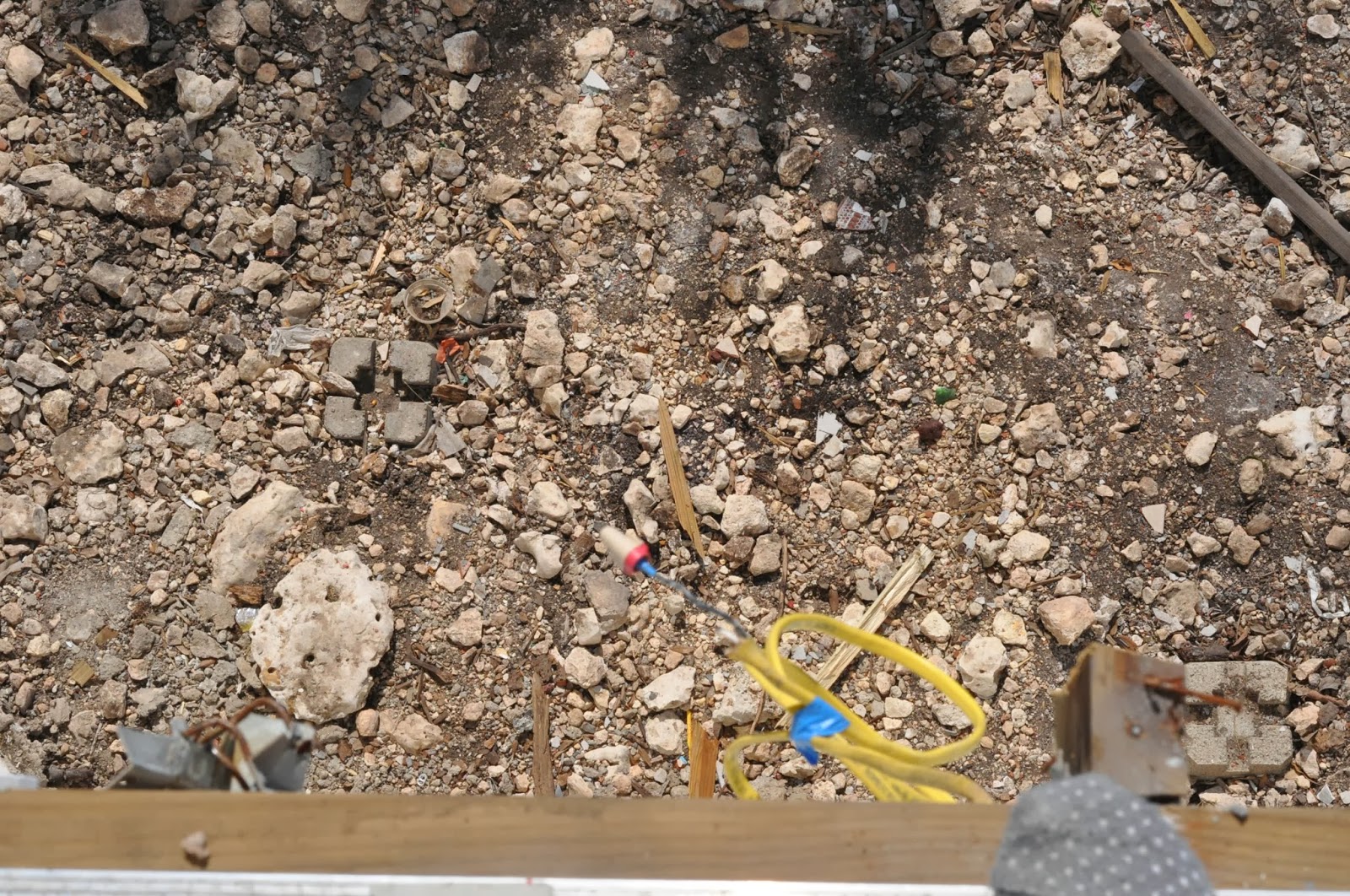 Or to the right. Good news is there is lots of new wood for outdoor projects!

Don't open this door downstairs either. 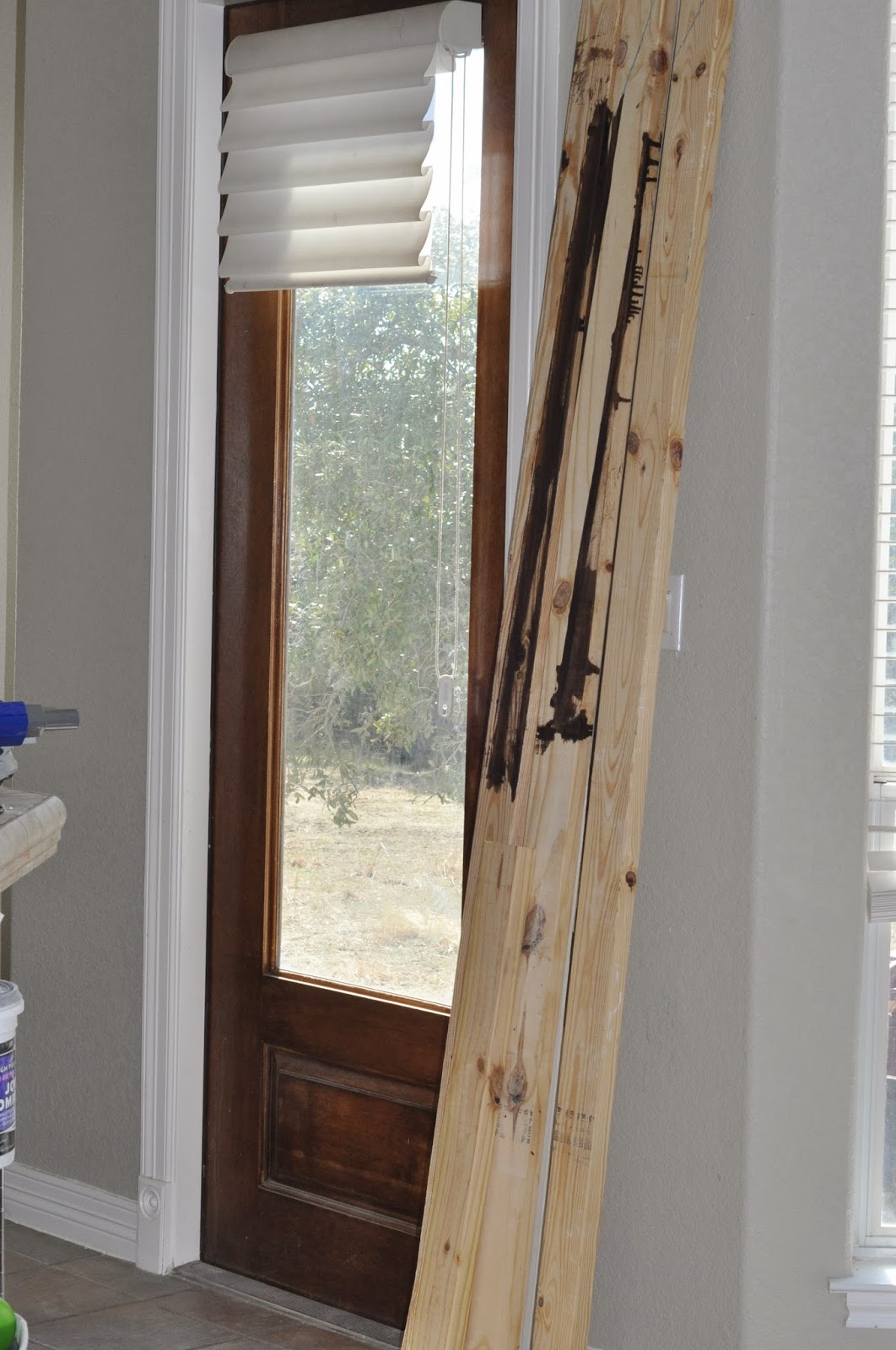 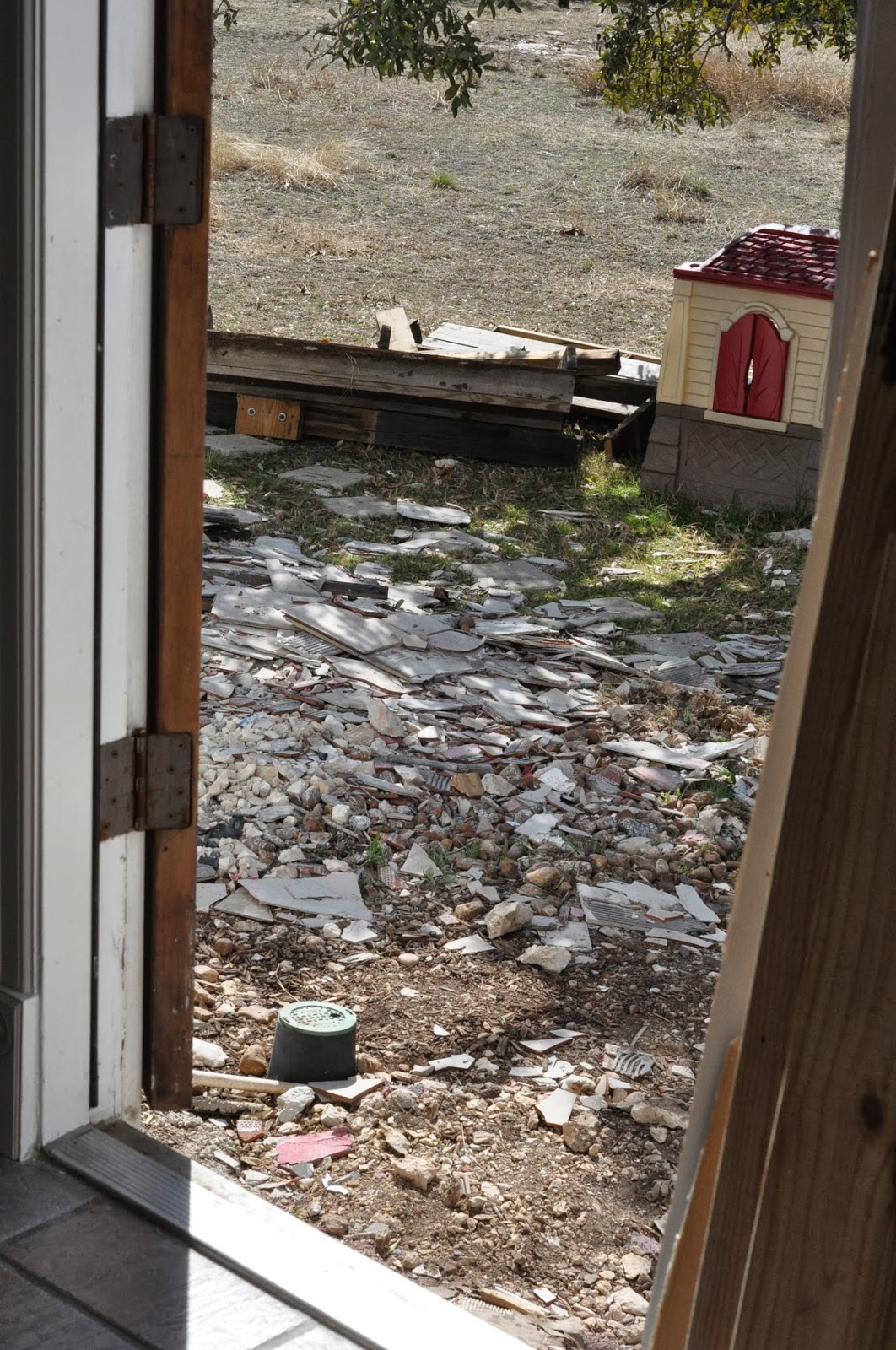 Because there are lots of nails and scary boards down there too. 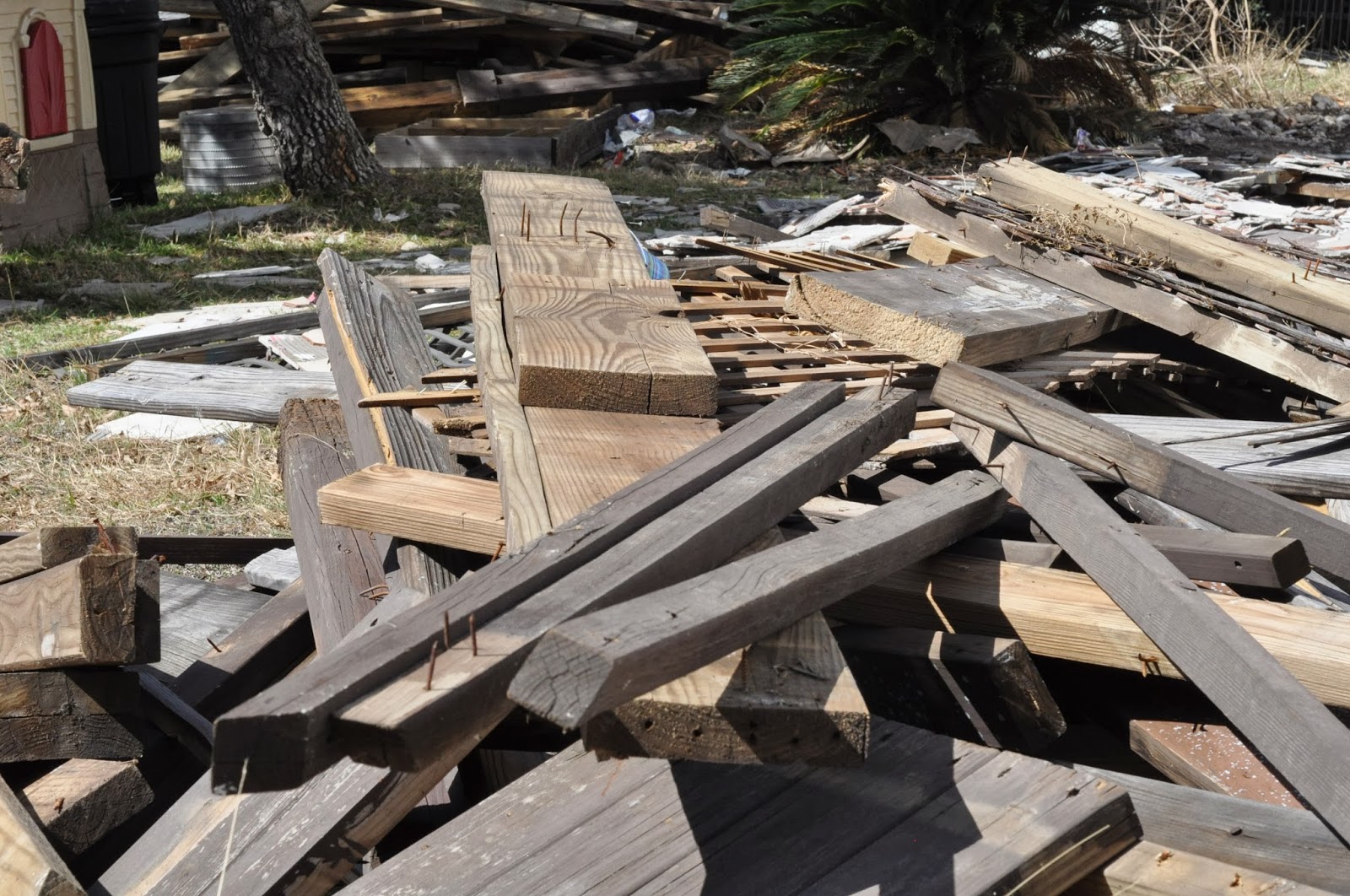 And for sure don't tell my kids that if they pull the trampoline just a little closer to the house, they might be able to use this door after all. 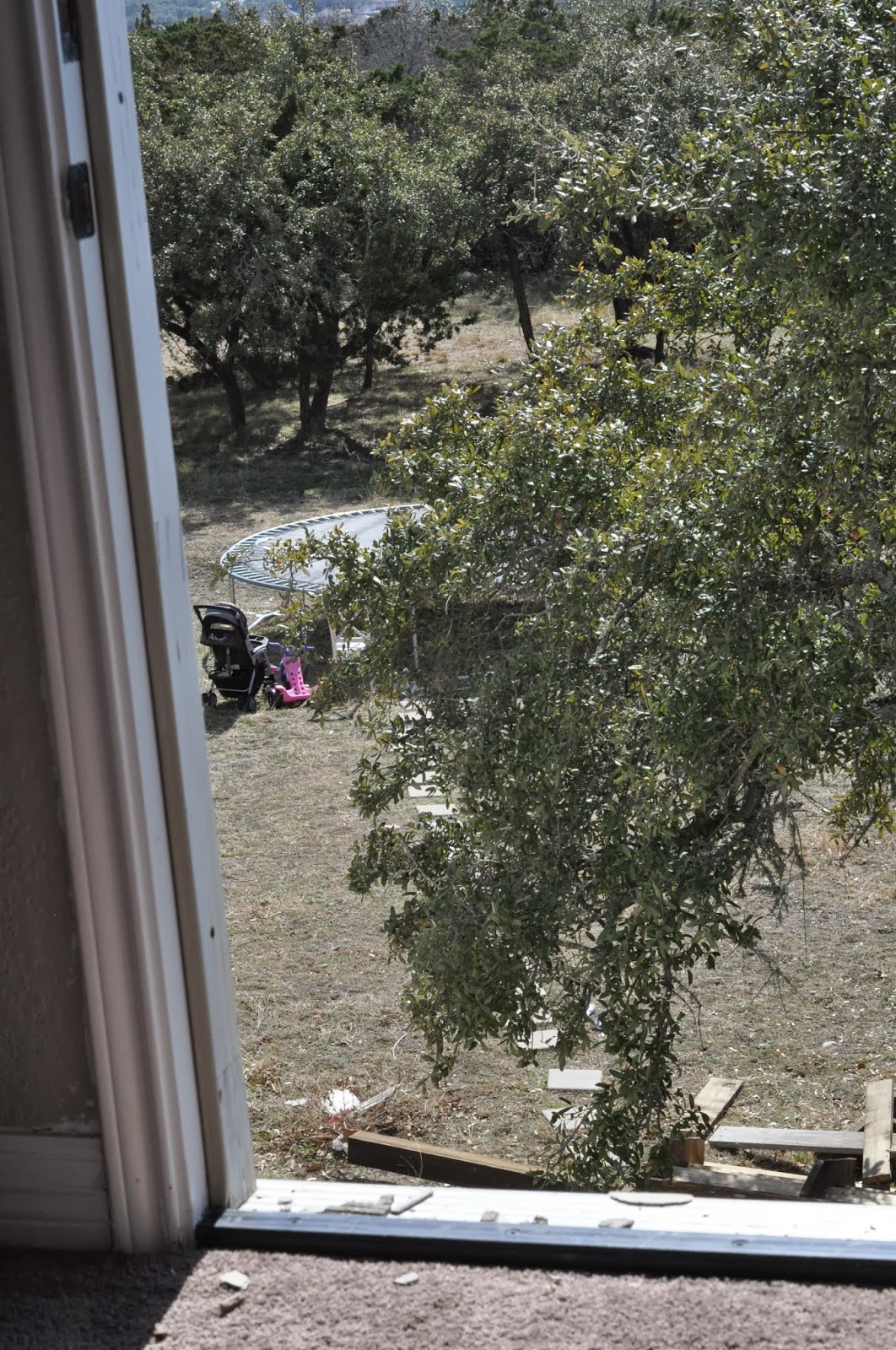 I'm trying to keep emergency rooms out of the picture, thank you very much. Even though he's been told "no getting in the dumpster" repeatedly, my 7-year son was still found playing barefoot in the dumpster, so who knows. Apparently Juan tried to scare him from getting into the dumpster by telling him there was a snake in it. Doesn't Juan know that is exactly what will make a 7-year old boy get in?

If the weather cooperates, big changes are coming this week, like a new concrete foundation for the kitchen addition. I'll be sure and keep you posted!